But is that really possible, or do those people rather add something else to the drinks to make their flammable and caramelized shots?

Well… in this article, we’ll confirm if alcohol is truly flammable, talk about the ignitable percentage of alcohol, and share some safety tips, okay? 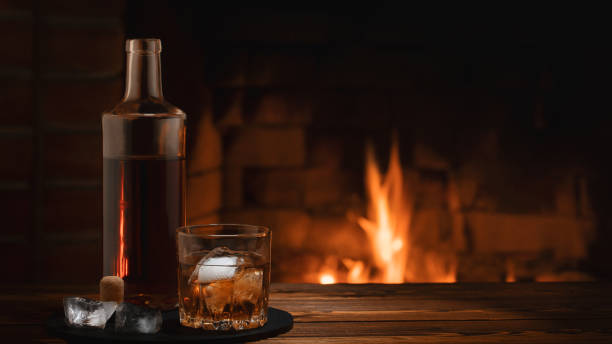 There are several kinds of alcohol. The ones we see around include ethanol, rubbing alcohol, denatured alcohol, and isopropyl alcohol. All these alcohols are flammable. Some of them, like ethanol, is even considered renewable fuel that is producible from plant biomass.

However, we cannot use ethanol as a fuel alternative to petroleum. This is because it costs more to produce alcohol than to extract the crude oil.

Still, in the United States, most of the gasoline we buy has some percentage of alcohol in them. And that’s why many petroleum engineers out there often label our gasoline as E10.

This means that your gasoline probably has a 90 to 10 gasoline-ethanol ratio. That also confirms the flammability of alcohol. So, try anything within your power to keep alcohol away from ignition sources like naked fire.

Why is Alcohol Flammable?

This depends on what you mean by flammability. In the classical sense, many people think of flammability as a term that describes substances that easily light up.

In case you don’t know, the flash point is the lowest temperature at which a liquid substance becomes an ignitable vapor. Once ignited at the flash point, a flammable substance keeps burning until none is left.

For Alcohol, the average flash point is about 550F. Ethanol and methanol, for example, have flash points of 620F and 530F, respectively. So, that makes them volatile and their concentrated vapor can catch fire within an eye twinkle.

Then again, we call burning “combustion” in the science world. For combustion as an oxidation reaction to occur, it needs to generate enough energy to overcome minimum energy called activation energy.

With most alcohols, the activation energy is quite low. Besides that, there’s a particular part in them that speeds up their combustion reaction. So, even with a little ignition, they catch fire and burn all out.

However, note that like all flammable liquids, the alcohol liquid isn’t the part that burns. Instead, it’s the concentrated alcoholic vapor that collects above the liquid surface that ignites. We’ll talk more about this in the next section.

The Flammable Percentage of Alcohol

If it’s any comfort, know that not all your liquors are flammable. In fact, some alcoholic drinks can catch fire. Others cannot. But there’s a reasonable explanation for this.

The flammability of a liquor depends on its alcohol content. In the liquor production world, we call this “the alcohol proof.” The higher it is, the more the fire hazard.

According to the consensus, anything with 40% alcohol (that is 80 proof) can light up. The intensity of the flame and the ease of ignition increase as the percentage rises.

In other parts of the world, like the UK and Canada, the alternate system used to measure alcohol content is the ABV system (Alcohol by Volume). For instance, 100 proofs is equivalent to 50% ABV. That 50% ABV also means flammable. 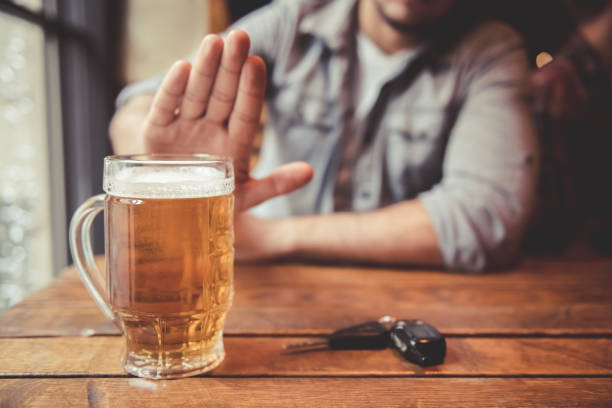 Most rums have a l. For overproof ones like Bacardi 151, the alcohol content can shoot well above 75%. So, you can expect quite a big flame with rum like this. And so must your safety setup.

Tequila, in most brands, has an average alcohol content of 50%. But some tequilas often feature about 65% alcohol. And with such proof, a glass of tequila can make big flames as well.

Sambuca is a spiced liquor originally from Italy. Often, its alcohol proof is above 80. So, it burns with a bluish flame with a pleasant scent of anise.

Most Vodkas have an alcohol content of 40%. Some, like the Koskenkorva can reach well above 60. So, Vodkas can light up as well.

On average, the alcohol content in Absinthe sits between 9 and 50 proof. So, it easily catches fire. We advise you to leave the absinthe on fire only to the experts.

In most cases, these experts only dip a sugar cube in a small portion of the liquor and ignite it on a small spoon.

In other parts of the world, rectified spirits are also called neutral spirits or rectified alcohols. In most cases, these have an ABV of 97.2% and the highest can be up to 98%.

So, such alcohols are very flammable and too strong to be drunk without dilution. A good example of such rectified spirits is Everclear.

This article clarified that alcohol is indeed flammable, a class 1B flammable liquid. In fact, some people often light up their alcoholic drinks to warm, caramelize, and reduce their alcohol content.

However, some alcohols like the polyols have flashpoints above 1000F. So, we term them “combustible” rather than flammable.

Flammable ones like ethanol are found in most drinks, lacquers, some drugs, and hand sanitizers. Yes, hand sanitizers can light up as well and they pose some low-risk levels of fire hazard.

To prevent a sad game of “Firestarter,” keep these tips close with you anytime you use alcohol-based hand sanitizers:

And that should be all you need to keep safe. To learn more about other flammables, hop on to these articles. We have a boatload in stock for you.