Is Benzene flammable or explosive? Answer in here. - FlameVenge
Skip to content

Benzene is one of the most produced compounds in the world. Plus, benzene is manufactured in large quantities in the US and it has a broad spectrum of applications in different industries. However, let’s take a quick view of benzene, discover whether benzene is flammable, and explore more peculiar facts about benzene.

What You Should Know About Benzene. 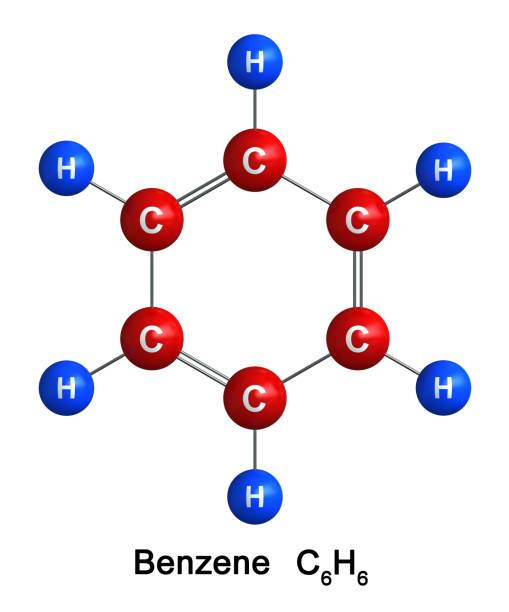 Benzene is a colorless (sometimes pale yellow), volatile organic compound that belongs to the aromatic family. Benzene (C6H6) is a special hydrocarbon and a polymer of acetylene (C2H2).

Each carbon atom in a benzene compound is joined in a hexagonal structure and each hydrogen atom is attached to its corresponding carbon atom. Benzene occurs in its liquid state and gives off a sharp, sweet fragrance at room temperature.

Also, benzene has a lot of indispensable uses in industries and some spheres of life. Here the major concern sets in…

Can this essential aromatic liquid put our homes or workplace at risk of fire? And is benzene flammable?

Many verifiable factors (e.g., its hydrocarbon nature) point out benzene as a flammable substance. So, in the next section, we will talk about benzene’s flammability. 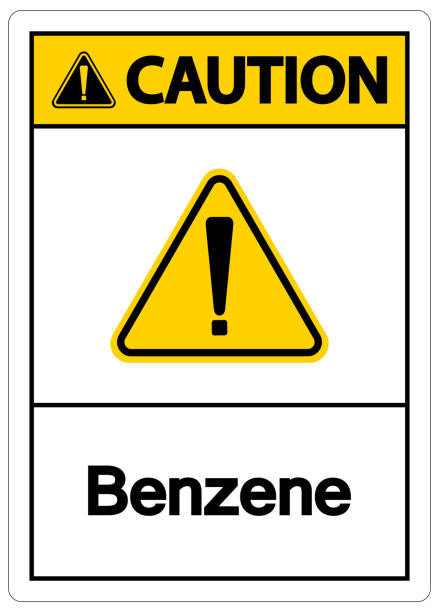 Yes, benzene is an extremely flammable substance. And benzene catches flames easily at low temperatures (that is, it burns in the presence of any fire source).

Benzene has a flashpoint of about 11.1°F. At any temperature equal to or close to this flash point, benzene becomes relatively ignitable.

However, note that benzene does not ignite spontaneously, unlike some volatile compounds. Instead, it combusts spontaneously at higher temperatures and auto-ignites when subjected to an extreme temperature of about 928°F.

Thus, always keep benzene away from all sources of ignition and ensure you handle the liquid with the appropriate safety measures.

How To Put Out Benzene Fire

Even though benzene can start large fires, its fires can be easily controlled. In no time, you can extinguish benzene fire with the right firefighting substances such as water spray, dry chemical powder, carbon dioxide, foam, etc.

But with a tremendous explosion, it is better to seek the service of firefighters. This is because the above ordinary firefighting substances might not work for a serious explosion.

You can come in contact with benzene in a lot of ways, most especially in its gaseous form. Below is a list that shows the major sources of benzene and how it penetrates the environment.

Let’s look at them:

Benzene reacts vigorously with chlorine gas, other halogens, and oxidants to give off dangerous gases. Meanwhile, when benzene gas is inhaled, it induces the malfunction of the body cells, causing unbearable discomfort.

Thus, breathing in benzene in either low or high concentrations is harmful to the body system. Once benzene lands in your body system, it inhibits the production of red blood cells, which is an important blood component.

Likewise, benzene infects the white blood cells and blocks the production of antibodies in the blood. In short, prolonged exposure to benzene can damage the body’s immunity.

Being a very dangerous substance like tar, benzene inhalation is accompanied by many health hazards. But how can you discern whether or not you are experiencing benzene poisoning? Don’t sweat it.

If you notice any of the symptoms below after being exposed to benzene for a while, then you are probably suffering from benzene poisoning. Now, let’s take a peek:

What Should You Do After You’ve Inhaled Benzene?

Inhaling burning benzene fumes and experiencing the symptoms of benzene poisoning is not the end of the world. There should always be a way out, don’t you think?

Well, we understand your worries. So down here, we’ve garnered some effective life-saver tips you can observe as a benzene-poisoned victim.

In many manufacturing industries, benzene is an essential compound. Owing to this, benzene has a lot of uses.

Benzene can be used in the production of certain rubbers, dyes, detergents, and many more. Pharmaceutical companies use benzene in the manufacture of some important drugs.

Benzene is used as a solvent in laboratories and as a starter material in the manufacture of plastics. Pure benzene is also a source of fuel.

Benzene is a relatively flammable liquid that burns hastily when subjected to any high temperature. Moreso, burning benzene smoke and the air from natural sources of benzene release hazardous chemicals which, when inhaled, can cause benzene poisoning.

Hence, we need to be very cautious when dealing with benzene, its compounds, and its products. You can also study the material safety data sheet for benzene here to learn more.