It’s true that many people often say that anger makes their blood boil. But does that mean that scientifically, blood is flammable? In this article, we’ll find out more about that.

So, Is Blood Flammable?

No, blood is non-flammable because it contains two main parts. The first parts are the blood cells and the second one is plasma. This plasma, in its right, contains about 91 – 92% of water. The other 8 – 9% comprises dissolved solid nutrients and wastes.

Water, as we all know, is a popular fire-extinguisher, especially for polar flammables. Since blood contains a large proportion of it, it’s most likely that your blood will quench fire rather than start it.

Then again, the National Fire Protection Agency does not classify blood as a flammable substance at all. So, you can’t consider blood a fire hazard.

In fact, blood has a history of being a good fire extinguisher since the second world war. Such kind of fire extinguishers are called protein-based foam and are used for quenching Class B liquid fires. But many firefighters consider them old-school.

About 16 years ago, scientists from the University of Alberta even discovered new ways to make firefighting foams from cow blood. According to them, these new sets of foams would be more biodegradable.

With that, we conclude that blood, especially fresh ones, is not flammable.

Earlier, we noted that the non-flammability of the blood is because of its high water content. That is the plasma. This plasma, we also said, makes up 55 – 60% of the blood. But what happens when you evaporate all that water? Will the blood then catch fire?

Well… besides water, the blood also has a large amount of carbon, nitrogen, hydrogen, hemoglobin, and other proteins. So, when dried, the blood is left with these components. This dried blood is often called a blood meal.

This blood meal looks more like a dry powder. and in slaughterhouses, you can get it as a by-product. It is used to feed livestock, and it’s a significant protein source for them.

However, when dispersed in the air, blood meal becomes a cloud of combustible dust (which can catch fire). Let’s list some scientific reasons for this.

According to the late Dr. Rolf Eckhoff who analyzed Dust Explosions in the Processing Industries, blood flour, aka blood meal, is explosive dust. This is because it has a blast overpressure higher than 9.5 bar.

Likewise, the Gestis-Dust-Ex Database listed blood meal to have a MECs (minimum explosible concentrations) value between 30 – 60 gm-³. This also shows that blood meal is combustible.

In fact, Cargill’s Safety Data Sheet lists dried cattle blood as OSHA-defined combustible dust. And we agree as well. To convince you, let’s examine a list of reported cases where blood meal caught fire, shall we? 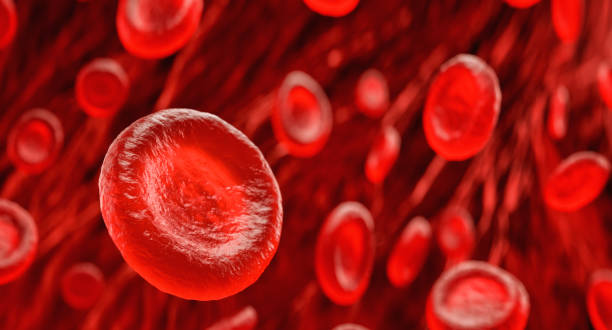 In 2019, a fire broke out at a beef packaging plant in Dodge City. According to the narration, the fire started from a separate section where the plant processed a blood meal.

At first, many people thought that leaking gas or gasoline tanks probably started the fire. But after a series of investigations, it became clear the blood meal ignited. In the end, two workers got injured.

In 1975, a Norwegian fish meal facility worked with a hammer mill system. Below the mill, there was a silo that housed blood meal products.

But over time, the dust built up on the inner walls of the Silos. Then one day, a screw broke off the conveyor, causing tramp metal to make its way into the hammer mill.

Spontaneous Human Combustion: Can We Blame the Blood?

Simply put, spontaneous human combustion (SHC) is a condition whereby people suddenly burst into flames with no known cause of ignition.

By implication, we mean someone can just, out of nowhere, catch fire without the help of gasoline or any other ignition source. Interestingly, the affected person would be the only thing that burns. Any other thing in the surrounding remains unscratched.

However, for now, this is still a large debate in the scientific community. But every day, the mystery grows, and in each case, many people assume that the victims’ blood got so hot that they caught fire.

But even though we agree that blood boils above 212⁰F, it doesn’t get hot enough to set you ablaze.

In another explanation called the Wick effect, proponents of SHC suggest that the fire would start from a small external flame source, like a burning cigarette. This can char the victims’ clothes a little to split the skin and bring the skin fat to the surface.

The skin fat then acts as a wick that keeps the fire burning until the individual is burnt completely. For now, the Wick effect hypothesis worked with pig tissue and it may work similarly in humans.

However, according to the works of science investigator Joe Nickell and forensic analyst John F. Fischer, spontaneous human combustion is impossible. They concluded this after analyzing different cases of SHC reported.

In their release, they realized that an ignition source was always present at the incident site. It’s only that the initial reports overlooked them.

Can Too Much Alcohol Make Your Blood Flammable?

Most cases of SHC occur in elderly alcoholic women. But does this mean that the alcohol makes their blood and body fat more combustible?

Well… this is most unlikely. Because before alcohol (ethanol essentially) becomes flammable, it must reach about 50% or 100 proof. Although, lower concentrations of ethanol can light up briefly as well.

But before you drink up to that level, there’s a high chance that you would have already stopped drinking. This is because you would probably be in a coma by then. So, let’s explain.

In the United States, you will be drunk once your blood alcohol level (BAC) reaches 0.08%. At 0.2%, you will suffer severe physiological damage, like most people. Anything above 0.4%, you will most likely become comatose.

Now, there’s an enormous gap between 0.4% and 50%. So, for alcohol to transform your blood into a living fuel, you will need to drink about 100 times the lethal BAC level of 0.4%. And that’s implausible, don’t you think?

In this article, we noted that blood is not flammable. Although dried blood or blood meal can become combustible if it comes in contact with the right ignition source.

So, you need to be cautious around it. The following tips can help:

That said, you can read more about how to handle blood meals here.