Is carbon flammable or explosive? - FlameVenge
Skip to content

Concept depicting the issue of carbon dioxide emissions and its impact on nature in the form of a pond in the shape of a co2 symbol located in a lush forest. 3d rendering.

If a fire starts in an area with high concentrations of carbon, it may grow faster and become more intense. This phenomenon is why so many people associate carbon with danger and fire. However, is carbon flammable? The answer is not as simple as yes or no.

To fully understand how carbon and fire interact, first, it’s important to know more about both elements.

This article will look at what carbon is and whether it is flammable. Read on to find out!

Carbon is a chemical element with the symbol C and atomic number 6. It is nonmetallic and tetravalent-making four electrons available to form covalent chemical bonds. It belongs to group 14 of the periodic table.

Carbon is the element that makes up nearly all living things. It’s a key building block of the human body, and it’s essential for life to thrive. Carbon can be found in everything from plants to animals. It’s also commonly used in products such as fuels, plastics, and pharmaceuticals. Because carbon is so abundant in our environment, it’s also an important part of protecting our planet against climate change. As we rely more on fossil fuels and other sources of carbon dioxide, we need to keep track of how much we’re emitting. Many scientists believe that reducing our reliance on fossil fuels will help slow down global warming.

Carbon’s abundance, unique diversity of forms, and unusual ability to form polymers at the temperatures commonly encountered on Earth enables this element to serve as a major component of literally millions of different substances. Although all known forms of life contain carbon, many minerals are composed of carbon compounds. All carbon allotropes are solids at standard conditions for temperature and pressure. They are chemically resistant and require high temperatures to react with oxygen.

The study of carbon compounds is known as organic chemistry. The most basic form of carbon is graphite, one of the softest known materials. Diamond, the hardest naturally occurring substance, is composed of a lattice of carbon atoms held together by covalent bonds. Carbon is also found in more complex molecules such as those of the polycyclic aromatic hydrocarbons.

So, the answer to the question “is carbon flammable?” depends on the form of carbon in question.

Carbon is used in a variety of products, including steel, concrete, and plastics. It is also a key ingredient in the production of many chemicals.

No, carbon is not magnetic. This is because carbon electrons are dispersed around the nucleus, meaning there is no net magnetic moment.

However, carbon has some magnetic properties. For example, it can be attracted to a magnet, and it can form temporary magnets (known as ferromagnets) when placed in a magnetic field.

Is Carbon Harmful to Humans? 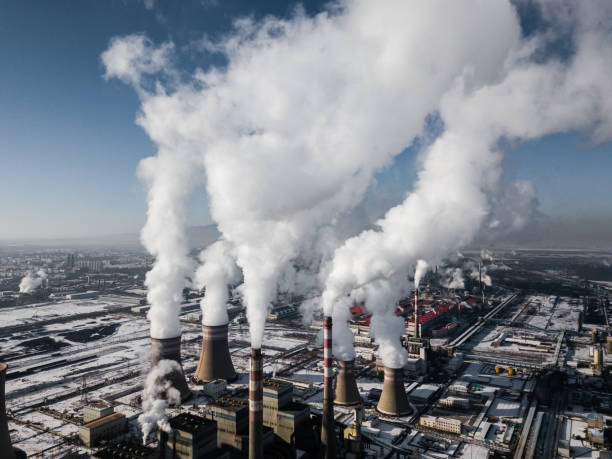 Carbon is harmful to humans. It is a known carcinogen and has been linked to a variety of health problems. However, the exact extent of the damage it can cause is still not fully understood.

Some studies have suggested that carbon exposure can lead to a higher risk of cancer, while other research has shown that it can damage the respiratory system and cause other health problems.

Even though the full extent of the damage carbon can cause is not yet known, it is still considered to be a very dangerous substance and should be avoided as much as possible.

What is Carbon Commonly Used For?

Carbon is a multipurpose element with a wide range of uses in different industries. In terms of its elemental properties, carbon is known for its hardness, strength, and resistance to heat and wear. This makes it an ideal material for manufacturing tools, machine parts, and other products that must withstand high-stress levels and wear. Carbon is also an excellent conductor of electricity, making it useful in the electronics industry.

In terms of its compounds, carbon is a key ingredient in many substances that we use daily. For example, carbon dioxide is a major greenhouse gas that helps trap heat in the atmosphere, while carbon monoxide is a poisonous gas that is produced when fossil fuels are burned. Similarly, carbon black is a key ingredient in ink and rubber, while graphite is used in pencils and lubricants.

Is Carbon a Solid Liquid or Gas?

Carbon is a non-metallic element that occurs naturally in all three states of matter. It is a key component of both organic and inorganic molecules and plays a vital role in the structure and function of living things.

Carbon is flammable because of its ability to easily form bonds with other atoms, which makes it highly reactive. When carbon atoms bond with oxygen, they create a molecule of carbon dioxide that is very stable. However, when carbon atoms bond with hydrogen atoms, they create a molecule of methane, which is much less stable. This means that methane is more likely to catch fire and burn.

Carbon is also flammable because it is a good conductor of heat and electricity. This means that it can easily ignite and burn. Additionally, carbon is a very light element, so it burns quickly and easily.