Commercially, chlorine is prepared during the electrolysis of brine (sodium chloride solution) and it is one of the largest manufactured chemicals in the United States.

Moreover, chlorine has several applications in chemical industries such as being used in the manufacture of household cleaning agents, bleaching products, and many more.

Now, let’s find out what chlorine is all about, and provide valid answers to the bewildering query, “is chlorine flammable?”

Chlorine is a non-metallic element that belongs to the halogen family of the periodic table. On the other hand, chlorine is a highly reactive, greenish-yellow gas with a characteristic pungent and choking smell.

More importantly, chlorine in its impure form (as chlorine compounds) is one of the most naturally occurring elements in the earth’s crust. Chlorine gas is produced during the electrolysis of salt solution also known as “brine.”

In this electrolysis process, the salt dissociates into its component ions (sodium ions and chlorine ions) in the solution. The chlorine fraction of these ions is then collected using the “Hooker Cell.”

However, the question is, are you safe from any form of fire outbreak by using all these chlorine products in your home? Or simply put, will chlorine put you at a fire risk or not? The next section can be an eye-opener for you, read on to ease your worries.

Chlorine itself is not considered flammable, but then, using it can instigate fires. Oftentimes, chlorine reacts with explosive substances like hydrogen gas, natural gas, ether, acetylene, turpentine, etc, to form unstable compounds.

These unstable compounds can catch flames easily and explode in the right conditions. So, the short answer is no, chlorine can not catch fires but chlorine compounds can.

Does Chlorine React With Water? 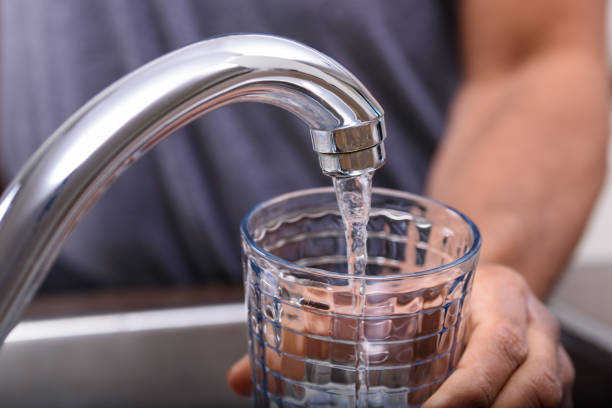 But mind you, this reaction of chlorine with water can cause fires in some ways. This is because chlorine will readily attract the hydrogen ion in water.

Meanwhile, hydrogen is an extremely flammable and explosive gas. Thus, if this reaction is carried out in an enclosed environment, hydrogen gas will accumulate and catch flames.

What Happens When You Mix Shock And Chlorine?

Shock is applied to swimming pools to kill the algae in the water while chlorine crystals destroy bacteria in the water. But note that you can not add shock and chlorine to the water simultaneously.

This is because chlorine reacts with shock and both substances end up neutralizing each other. Owing to this, the effect of both substances will be canceled out and the algae in the water will not die. 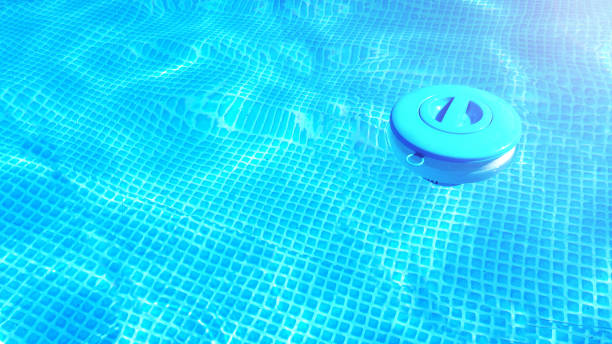 Yes, chlorinated swimming pools can explode. However, the explosion is not usually because of the water’s chlorine content.

Chlorine releases toxic gases when exposed to air for a long time. Moreso, chlorine gas has once been used as a weapon of civil war due to its high toxicity.

If you breathe in chlorine for a long time, it can become toxic to your health. Inhaling minor concentrations of chlorine in the air can come with symptoms like difficulty in breathing, chest pains, and coughs.

On the other hand, breathing in chlorine for long periods can cause lung pneumonitis, pulmonary edema, and eventually death in unfortunate cases. Prolonged exposure to large doses of chlorine can also cause blurred vision, watery eyes, skin blisters, redness, burning sensation in the eyes, throat, nose, etc.

How To Clean Up Chlorine Spill.

Just like gasoline spills, chlorine spills have the potential to catch flames if you don’t wipe them off on time. Hence, if you mistakenly spill some chlorinated products, below are some effective ways to clean up the spill.

Chlorine is not flammable but can react with certain explosive compounds to catch flames. This guide spotlights everything you need to know about chlorine and its flammability.

So, some chlorine products need to be handled with extra care even though they won’t catch flames easily. You can visit here to check out the safety data sheet for chlorine.

We wish you a fire-free encounter!