Whenever you need to patch two pieces of wood together, say a minor piece of furniture or a broken wooden rod, think of epoxy. Carpenters, furniture makers, and some home construction workers use epoxy as a strong adhesive to bind shattered wooden pieces together. However, is epoxy flammable and can it put its users at risk of fire?

Anyway, here is what you need to know about epoxy…

What Does Epoxy Mean?

Epoxy is a special organic compound that comprises main carbon chains covalently bonded to certain elements like oxygen, hydrogen, or nitrogen. On the other hand, epoxy undergoes a standard chemical reaction known as “curing” before it emerges as a potent adhesive.

When epoxy becomes hardened due to the addition of some chemicals or as a result of being subjected to intense heat, curing is said to have occurred. Meanwhile, the overall curing process is usually supported by a catalyst.

This catalyst acts as a chemical additive and allows the exothermic reaction (curing process) to proceed faster, resulting in the production of a cross-linked polymer. So, the resultant product which is cured epoxy or “epoxy resin” further combines the power of two major components to form an effective, waterproof, and durable glue.

Note that epoxy can also act singly as a one-component glue or adhesive. Whichever way, epoxy glue is the most popular form of epoxy we know, and unto it, a lot of people direct the question, is epoxy flammable? Is it safe to use? At what temperature does it burn?

The subsequent sections will surely provide answers to all these questions.

So, Is Epoxy Flammable?

Yes, epoxy is a highly flammable adhesive. Although the curing agent of a two-component epoxy is not volatile, the mixture can combust during the curing process.

Typically, one-component epoxy can be flammable in the right circumstances. But most times, the two-component epoxy, which you can also call two-part epoxy, doesn’t flame up readily.

Hence, we can say this form of epoxy is non-flammable, although that doesn’t mean it is entirely safe to work with. If you expose two-component epoxy to sufficient heat, they can also catch flames.

So, the best practice is to always keep epoxy away from all sources of high heat such as sparks, open infernos, etc. Moreover, make sure you handle epoxy or epoxy products in well-ventilated areas. 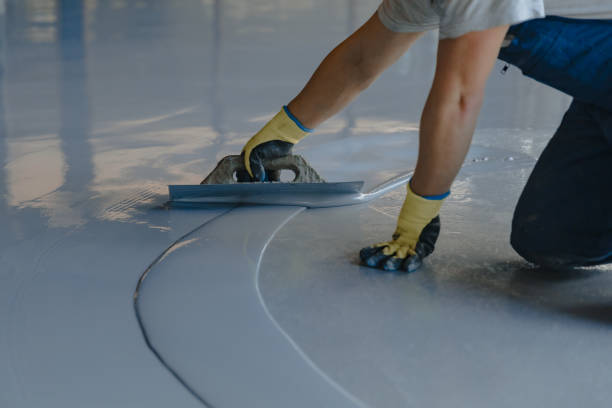 Epoxy resin or dry epoxy is the end product of curing epoxy. Once the curing reaction has occurred and a large amount of heat has evolved (as in an exothermic reaction), the epoxy resin becomes non-flammable.

That is, at this point, epoxy resin will not ignite or burn under normal circumstances.

At What Temperature Does Epoxy Burn?

You can thereafter subject the melting epoxy to a higher temperature of about 2750°F. In this condition, epoxy will ignite because the temperature is high enough to activate its flammability.

Keep in mind that even the non-flammable epoxy resin can burn if you subject it to this kind of temperature.

Unlike bamboo which can’t resist fires, epoxy can resist fires but to a fault. The cured epoxy resin is usually considered non-flammable and fire-resistant.

This is because the cured epoxy resin can withstand some high temperatures, say 275°F to 300°F. However, note that epoxy resin can become flammable when used in conjunction with susceptible or flammable materials.

Epoxy when applied to woods can catch fire if the wood itself catches fire. The heat from the burning wood would be transferred to the epoxy, and you know, anything hot is capable of burning.

Hence, let this always ring to your hearing that, even though epoxy resin can resist fire to some extent, it can still burn in the right circumstances.

Cured epoxy ignites at 1000°F. So, if a wood coated with epoxy is exposed to such a high temperature, the wood will burn along with the epoxy. 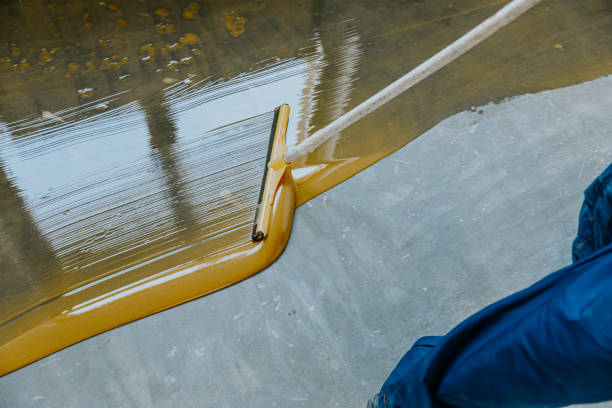 Just like tar, epoxy burns to release toxic fumes. But are these dangerous fumes also flammable? Fine, let’s do some analysis here.

Two-component epoxy is usually non-flammable, so it is very unlikely for it to release volatile vapors. But what about the one component?

Of course, this form of epoxy catches blazes easily and it’s only a matter of time before it releases combustible vapors. To cut the story short, the fumes of one-component epoxy are flammable.

However, once the one-component epoxy has been cured before it is exposed to high heat, its fumes would be rendered non-flammable.

Epoxy in any form can be very dangerous to humans just like xylene. For instance, epoxy dust when it comes in contact with one’s skin can trigger several irritations.

On the other hand, burning epoxy fumes when inhaled can pose some dangers to one’s health. Meanwhile, the susceptible categories of people such as the home construction workers and epoxy manufacturers who come in contact with the chemical every day are usually left to battle with the health hazards of epoxy.

Below are a handful of symptoms that can surface as a result of prolonged exposure to epoxy. Once you notice any of these symptoms, seek medical attention.

In summary, epoxy is a naturally flammable adhesive that is capable of burning when exposed to a relatively high temperature. And even though epoxy has a lot of applications in our daily lives, we still need to be careful around them.

Keep the necessary safety precautions in mind when dealing with epoxy and epoxy products. In the case of an epoxy fire, contact firefighters immediately.

Lastly, visit here to check out the safety data sheet for epoxy.

Is Benzene flammable or explosive? Answer in here.

Is Benzene flammable or explosive? Answer in here.