Is helium flammable? Will the helium gas explode? - FlameVenge
Skip to content

Floating gas balloons are one of the best-known uses of the noble gas named Helium. Normally, like all noble gases, Helium is inert and practically unreactive.

But what happens when you set a Helium balloon on fire? Will it catch fire and prove to you that helium is flammable? Well… in this article, we’ll find out.

Is Helium Flammable, Explosive or Combustible?

In simple terms, Helium (whether Helium-4 or its primordial form, Helium-3) is not flammable because it is a noble gas. Like all noble gases, Helium is inert and unreactive, mostly because its atoms have stable electronic configurations.

This stability reduces its ability to combine with other elements and take part in chemical reactions under normal conditions. Naturally, no known compound containing Helium exists, and we’ll get to this later.

Burning, of course, is a chemical reaction called combustion in the science world, and it often happens when an element combines with oxygen.

But unlike other elements, Helium cannot combine with oxygen because of its stability. So, it doesn’t burn, and it cannot react explosively as well.

In fact, technologists use Helium instead as a cryogenic agent (cooling substance) in practical areas like rocket engines, MRI machines, welding, and even automobile airbags.

However, in recent times, several videos popped around the globe claiming that helium balloons are flammable and can explode when hot.

One such video originated from Karachi during a sports ceremony held in a local school. In the next section, we’ll discuss the detail.

Yes, it’s true that on April 7, 2017, several gas balloons exploded during a sport ceremony held in a local Karachi school. The resulting ball of fire injured many people, including school children, that suffered severe burns and scalds.

However, the gas used in the exploding balloons was not helium. It’s most likely hydrogen, and here are the reasons:

Most balloons float in the air because they contain gases that are lighter than air. Out there, many gases have a lower density than air.

But many balloon makers often prefer helium because it is a noble gas that’s unreactive under normal conditions. However, Helium is quite expensive. So, most balloon makers settle for cheaper ones.

Unlike helium, hydrogen is quite cheap. Add to that, it is less dense than helium. So, it even makes the balloon float a lot more.

However, hydrogen is highly flammable and when ambient conditions get too hot, it explodes.

What’s worse, the balloons there rarely carry the correct labels to help customers differentiate between helium and hydrogen balloons. So, anyone can easily mistake the balloons and use the wrong one irresponsibly, as with Karachi.

However, in the United States regions like California, there are balloon laws that help to keep things like this in check.

But since we know that Helium is non-flammable and that hydrogen balloons roam Karachi streets, there’s a low chance that Helium balloons caused the explosion.

The Chemistry Behind the Inertness of Helium.

Helium, like argon, neon, krypton, and xenon, is a noble gas. As a noble gas, it is inert because it has a stable electronic configuration.

Although all noble gases have a stable electronic configuration, some of them still react under extreme conditions to form compounds.

Xenon, especially, can react with highly electronegative elements like fluorine to form compounds via ionization. But for Helium and Neon, the ionization energy needed is too high.

This is because their electrons are too close to the nucleus, they have no d-orbital for forming complexes and they have smaller atoms.

So, even among the noble gases, helium is even more inert. So, it doesn’t burn, and it doesn’t react to form any known stable compound.

Although as our science grows, scientists look to disprove that. In 2018, researchers from the California State University isolated a compound formed between Helium and Sodium at pressures comparable to that at the earth’s core.

If such compounds can happen, maybe in the future we can have more. But for now, Helium is still highly unreactive and inert.

Can Helium Tanks Explode If You Leave Them in a Hot Car?

A substance that explodes often contains a substantive quantity of inherent potential energy. Some moment before the explosion, the substance needs to react and snowball.

This rapid expansion liberates the potential energy as pressure, accompanied sometimes by heat and light. So, most times, explosive materials must be flammable as well.

As said earlier, helium is not flammable. So, it’s not explosive, especially when kept in explosion-proof tanks under average ambient conditions.

But like other gases in a compressed state, the pressure in helium tanks can rise and fall as ambient temperature increases and lowers. If the temperature is hot enough to raise the gas pressure high enough to rupture the tank, the helium tank can explode.

However, a standard helium tank should have an approved burst or rupture disc. You can find this disc at the tank top close to the handle and it serves as a sacrificial safety part of the tank.

It works to protect the tank from over-pressurization conditions like fire or blistering temperature. In such a case, the rupture disc will release some of the Helium in a safe pattern that will prevent the tank from an explosion.

So, before you keep helium tanks in your car or probably travel with it, you need to make sure that:

1. You’re not keeping the tanks there for too long.

Traveling with a helium tank and getting held in traffic congestion for a few minutes should be fine if your tank has a ruptured disc.

But it’s safer if you travel at a time your car is not hot or when the ambient condition is not above 120F. Also, you should not store your helium tanks in the car for an extended period.

2. You’re not moving too many helium tanks at once.

Helium gas itself is not toxic. But if you inhale unsafe amounts of it, it can lead to nausea, vomiting, and asphyxiation. So, Helium tanks are class 2.2 hazardous materials.

According to the rules, transport large numbers of helium tanks using the ADR transport requirement. If the tanks are less than 77 in number, you can use the 1000-point transport rule instead.

Can You Leave Helium Balloons in a Hot Car? 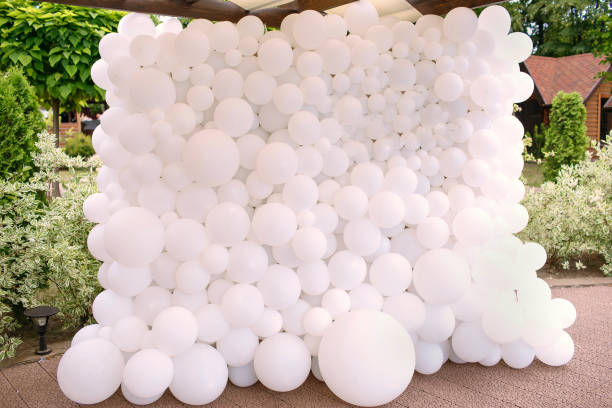 In the last section, we noted that there should be no issue with moving a few helium tanks from a store to your house. The same applies to a few helium balloons (note: this does not apply to hydrogen balloons. They are highly flammable.)

However, you shouldn’t try leaving helium balloons in your hot car for an extended period. This is because as the helium molecules take more heat, they move faster and get bigger. This increase in molecule size and speed will cause more pressure to build within the balloon.

In the end, the material that makes up the balloons will stretch till they pop. The popping sound can be so loud that it may disrupt your driving attention and this can cause a motor accident.

Then again, lighter balloons reflect more and absorb less heat than dark balloons. So, they pop faster. But eventually, all balloons will pop when they reach their breaking point. So, it’s best not to leave your balloons in a hot car for long.

If you have no choice but to leave your helium balloons in a car, try to buy latex balloons. Then, ask your balloon artist to under-inflated them and keep them inside your trunk, away from direct sunlight. 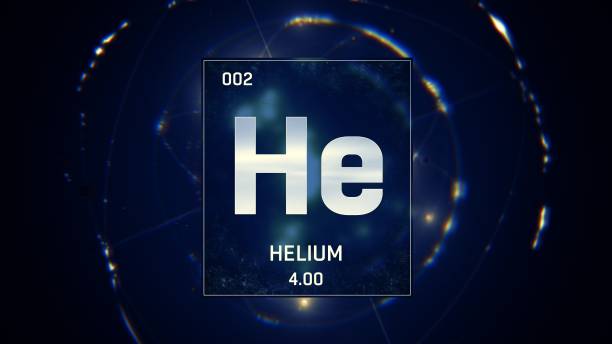 Helium gas is harmless, compared to gas like cyanide. But even with that, inhaling helium can be dangerous. Here are some of the potential health hazards helium can cause:

When inhaled, helium causes your blood oxygen levels to drop below normal. This can lead to a dangerous condition called Hypoxia.

When inhaled directly from a tank, the pressure of the helium can rupture blood vessels and the lungs at large. Such rupture is called an embolism.

Embolism can lead to stroke and, of course, untimely death.

Helium balloons as well will pop when left in a hot car. But even though helium gas itself is not poisonous, helium gas can cause asphyxiation and embolism.

So, you need to be cautious around helium gas and helium balloons. Here are certain ways to stay wise:

And with that said, we’ll cap the pen. If you want to learn more about other flammables, you can click here.