Is Salt Flammable? (Can you burn salt?) - FlameVenge
Skip to content

Since salt is an indispensable substance in our meals, everyone has undoubtedly tasted it somehow, if not every day. Table salt or sodium chloride breathes life into most meals and can also be helpful to one’s health if consumed in the right quantities. In this article, we will inspect salt, what salt comprises, and discover whether salt is flammable.

Chemists describe salts as chemical substances made up of positive and negative ions. Thereon, these oppositely charged ions combine to form an electrically neutral compound with no net charge.

However, in everyday life, salt is known as common salt, table salt, or sodium chloride. Sodium chloride has a wide range of uses, which include flavorings for foods, preservatives, a primary ingredient in saline solutions, and many more.

The chemical symbol or formula for sodium chloride is NaCl. Aside from this popular salt, there are several types of salts in the chemical world.

Some salts are strictly used in laboratories, while some contain special additives. But because of the flammability nature of many household substances, some salt consumers usually feel perturbed about whether salt is a fire risk. So let’s find out in the next section if salt is indeed flammable. 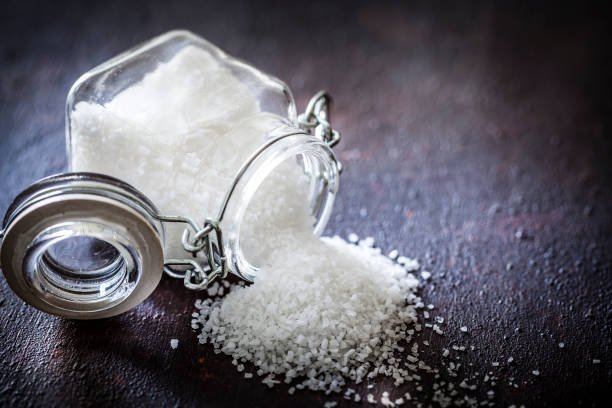 To break down this electrovalent bond, you need more than a household fire. Thus, unless subjected to an extremely high heat of about 1472°F or 800°C, salt will not melt, not to mention burn.

In a practical view, you can’t get this much heat from any source which makes salt a safe substance to use.

What Happens If You Burn Salt?

If you add some salt to a fire, the salt will not burn, but the flame color will change. The color change is not a result of burning salt. Instead, it is because the heat produced by a fire alters the energy of salt electrons.

To counterbalance this, table salt gives off some photons of yellow light. The photons of light appear yellow primarily because the sodium in table salt burns with a yellow flame. Thus, the color of the flame will change to yellow when some salts are sprinkled into it, but the salt will not burn at all.

Moreso, salts can extinguish a fire. This is because salts in a fire can cut off any source of oxygen that supports combustion. 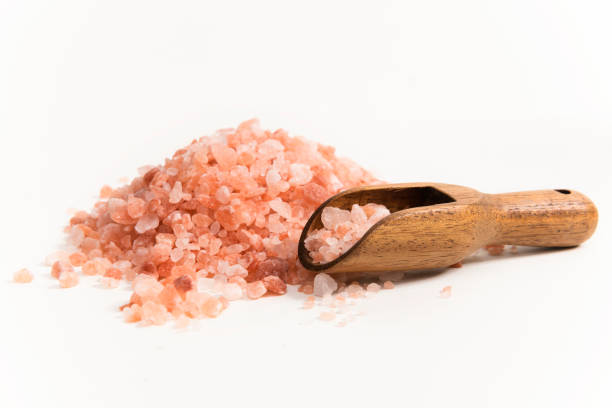 Himalayan rock salt or pink salt will not catch fire under any circumstances. Pink salt and table salt have similar and nearly equal properties. Owing to this, pink salt is not flammable, just like table salt.

Plus, this colored salt contains some extra minerals which account for the salt’s pink appearance.

Rock salt is a diverse name for halides or sodium chloride. The name is derived from a salt ore which is usually found in mountains. And just like every other salt, rock salt is not flammable and won’t burn even at high temperatures.

The safety data sheet for rock salt also reveals rock salts are indeed safe to use and not a fire risk.

If you skim through one or more salt labels in your kitchen, you surely would have come across the word “iodized.”

Most of the packaged salts we buy in the market are iodized salts. Besides sodium chloride, this salt contains sodium or potassium iodide.

The bonds in sodium iodide or potassium iodide are likewise difficult to destroy, like that of sodium chloride. Hence, iodized salts will not catch flames just like ordinary salt will not.

Saltwater or seawater (salt-rich water) behaves the same way as freshwater. They are not flammable and can not catch fire.

You can also put out a fire with salt water. However, note that saltwater is not used in firefighting. This is because saltwater rusts quickly in unfavorable conditions and can damage firefighting equipment.

Thus, pouring saltwater directly on fire to extinguish the fire is better than using it as an ingredient in mechanical fire-fighting equipment.

No, salt is not explosive. When exposed to minimal temperatures, salt will not explode. But if salt is exposed to a temperature high enough to break down the bond that binds its oppositely charged ions, it can explode and burst into flames.

However, since such an extreme temperature is not easily attainable with any random household ignition source, that salt can explode is a 1 in a 1000 possibility.

What Happens When You Inhale Salt Fumes?

Just like flammable acid fumes, harsh odors usually accompany salt fumes. Such that when you breathe in these fumes, they irritate your olfactory organs and lungs.

Inhaling the fumes of more concentrated salt (hypertonic saline) also irritates the airways and can trigger mucus or persistent coughs.

In a nutshell, salt is not a flammable compound. And in this guide, we are pretty sure you have learned what salt is all about, discovered why salt is not flammable, and other non-flammable forms of salts.

Salt is what we use almost every day, so it is good to know if we aren’t putting ourselves at a fire risk with every pinch of salt we add to our meals. Salt has quite many uses aside from being a food flavoring. You can visit hereto learn more about healthy uses of salt.