The skin is one of the body’s vanguards against pathogens, and it also helps to conserve body heat. However, when exposed to high temperatures, we often suffer from scalds and skin burns.

Does this mean that our skin is flammable and can catch fire? Have you heard of spontaneous human combustion? In this article, we’ll talk about all that.

So, Is the Skin Flammable or Heat-Resistant? 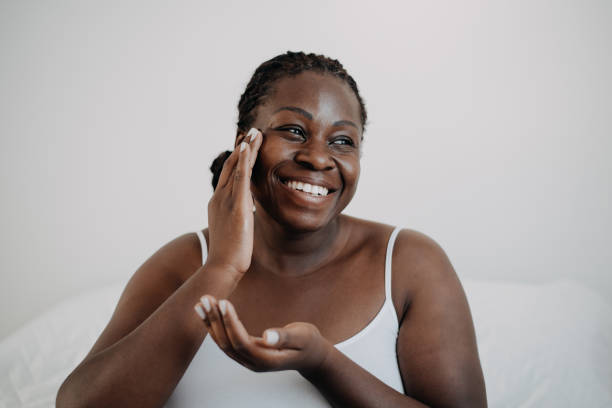 The skin is not flammable because, like most solids; it has a very high flash point; it is water-rich, and it does not give off ignitable vapors. So, it doesn’t literally catch fire. But when exposed to temperatures above 118⁰F, the skin can peel, and break, and at some point, the fat below will burn.

Such burns, depending on the temperature, can destroy the skin cells and tissues. In most cases, the underlying cause can be friction, corrosive chemicals, electricity, radiation, and direct heat, like solar heat.

When direct heat burns the skin, we call it thermal burns. Underlying causes for thermal burns often include hot liquids (that cause scalds), hot solids (leading to contact burns), or flames (flame burns).

From these, we see that the human skin cannot catch fire or auto-ignite like wood and flash point solids. But you can set it on fire, using inflammable substances like gasoline or burning wood.

Reasons the Skin Is Not a Flammable Solid

When most people talk about the skin, they think only about the external layer we can see. But in actuality, that thin outer layer called the epidermis is only one of three parts of the skin. The other parts include:

When set ablaze, the skin epidermis peels off, the dermis breaks and the skin oil (aka sebum) leaks to the surface. This sebum is quite flammable, and it’s the major reason the skin can keep burning for a while. Later, we’ll discuss the reasons.

However, the dermis contains sweat glands, which is water-rich. Water, as we know, is non-flammable, and it does not produce any ignitable vapor.

So, for a while, the water in the dermis will try to quench the fire and prevent further burning.

Once all the water molecules evaporate and there’s still enough heat, the heat can damage all the tissues and cells in the skin, leading to a third-degree burn (check next section for details).

This statement flows with a research paper that Western Norway University of Applied Sciences published in 2017.

According to the paper, a person wetted just before exposure to direct heat enjoys brief heat protection from the water layer. But after a short while, the person would still suffer burns depending on how hot the fire is.

Likewise, another research paper from the Atlantic Research Corp Alexandria in 1967 noted that both pigskin and human skin cannot support combustion in pure oxygen at 258 mm Hg. Even if they do, the subdermal fats need to be present.

In case you don’t know, 258 mm Hg (0.34 ATM) is quite possible when a fire breaks out in skyscrapers, aircraft, and spacecraft. So, that earlier statement could mean that the skin won’t catch fire in the absence of sebum (or skin oil).

With that, we conclude that the skin is non-flammable. This is because:

What Happens When the Skin Burns?

Skin burns damage cells and tissues. But the degree of the burn depends on the heat intensity and the period of exposure. Summarily, the hotter the fire and the longer exposed the skin is, the more damage the skin sustains.

To simplify things, doctors from around the world graded skin burns into degrees. There are three degrees and here are a few things you need to know about them:

These are superficial burns where the heat damages only the outer skin, called the epidermis. Often, first-degree burns inflict mild pain and turn the skin red or pink as in sunburns.

Within a week or two, first-degree burns peel and heal if you keep the wound neat and moist.

These are full-thickness burns that destroy all cells, tissues, and skin layers. They are not as painful as other burns. But skin grafting is the only workable treatment for third-degree burns.

In a third-degree burn, blisters can be red, pale pink, and even tan.

At What Temperature Does the Skin Burn? For How Long?

Normally, our body temperature is about 98.6⁰F. According to the National Institute for Standards and Technology says, our skin cells often feel pain at 111⁰F and above (say hot bathwater).

At 118⁰F, first-degree burns can set in. If the heat increases consistently to 131⁰F, you can sustain second-degree burns. At 162⁰F, all skin cells and tissues will be dead.

In areas like Tennessee, temperatures on hot summer days can be between 122⁰F and 141⁰F. So, too much sun exposure on such days can lead to first or even second-degree burns.

According to a research paper in the National Library of Medicine, the American Academy of Pediatrics noted that hot tap water can cause accidental burns in kids. According to the study:

So, the researchers suggested that water baths shouldn’t be hotter than 120⁰F. Otherwise, small kids can sustain severe scalds.

Why Is Skin Oil Flammable?

Wax esters are like the wax used in candles. In this article, we explained why candle wax is flammable and how intense the flame can be. So, with it, get a glimpse of how much sebum can burn.

Like candle waxes, skin oil is not that easy to burn, and that’s why most candle waxes need wicks. If you have enough sebum, you can convert them into a smelly candle with a wick. Once ignited, the sebum candle can burn more.

However, in real life, we don’t use human sebum as candles because it’s not quite economical. Just think about how much oil and how many humans you need to make one candle and you’d also drop the idea.

In place of sebum, we use oils from olives, sugar cane, and shark livers for candles and moisturizers.

Orange peels, or orange rinds are flammable because the oils below the skin are rich in limonene.

This limonene is a hydrocarbon product that protects the orange from insects. Once eaten, the insects die.

Because of its antifungal properties, some medicine, nail cleaners, and polishes feature limonene. Nail polish cleaners are flammable as well. You can read more about it here.

Spontaneous human combustion is a theory that suggests that the human body can become so hot that it would catch fire with no external ignition. Once the human body catches fire, the person burns completely to death.

Here, we won’t delve much into the details. But note that most of the popular claims on spontaneous human combustion are often wrong. This is because whenever investigators peruse the location of the incident, they often find evidence of a nearby ignition source.

So, currently, the scientific community does not support spontaneous human combustion. You can read more about it here.

In this article, we noted skin as non-flammable because it does not produce any ignitable vapor. So, it has a high flash point that’s untypical of flammable solids and liquids.

But with the right source of heat, like hot liquids and a naked flame, your skin can burn at varying degrees. You can read more about the varying degrees in the article and here are a few tips to keep your skin from burns:

As for theories about spontaneous human combustion, the scientific community still finds it difficult to prove and accept it. Maybe in the future, things will become clearer.

For now, we still agree that it’s impossible, and we made our thoughts clear in this article. To learn about other flammables, visit other Flamevenge articles.