Overhead view of the ingredients to make a "queimada", a typical drink from Galicia (northern Spain). It is made with brandy, sugar, lemon peel, coffee beans and cinnamon and an incantation must be pronounced beforehand

When you eat the right amount, sugar is quite safe to consume. For that reason, we often neglect other aspects like its flammability, solubility, and explosive nature. Today; in this article, we’ll ask and answer one of those big questions for you: Is sugar flammable?

Is Sugar Flammable or Not?

Technically, our table sugar (that is, sucrose) is not flammable because it is a crystalline solid without a flash point. Then again, it needs about 662⁰F before it ignites. But when grounded, powdered sugar can become flammable. Under the right conditions, it can even explode.

So, let’s explain. Sugar is a universal term for anything sweet. The most common substances that sugar qualifies include fructose, lactose, maltose, glucose, dextrose, and sucrose.

Among them, sucrose is our table sugar and dextrose is a special type of sugar that athletes use. Both kinds are complex hydrocarbons and are often crystalline solids with very high melting and boiling points.

Sucrose, for example, melts at about 366⁰F. So, it can withstand an exorbitant amount of heat that’s way above the normal limit for a flammable compound.

Flammable compounds, according to the National Fire Protection Agency, are substances that catch fire and auto-ignite around 100⁰F or less. This temperature is called the flash point for flammable substances, and it applies majorly to liquids.

As for sucrose – our table sugar in crystalline form, it can withstand up to 662⁰F before it catches fire. Because as earlier said, sucrose is a complex hydrocarbon with a lot of chemical bonds. Before it can melt or burn, all these bonds must break, and this bond-breaking requires great heat.

However, all that works just for crystalline sugar. If you transform the sugar into a powder, the margin of danger increases. Because for one, half the bonds in the sugar will become broken already. So, with little heat, the powder sugar can catch fire and burn.

Besides that, grinding the crystalline sugar into powder increases its surface area and reduces the size of the sugar granules. These sugar granules become small enough to allow the hydrocarbon part of the sugar (carbon, hydrogen, and oxygen) to react faster with the fire.

So, the powdered sugar ignites much more easily than the crystalline sugar. When one tiny fragment ignites, others follow in tandem.

With enough oxygen, pressure, and other factors, such an ignition pattern can make powdered sugar to even explode with a loud bang.

In later sections, we will look at how this is possible and real-life cases of sugar explosion, okay? But first, let’s examine what actually happens when you burn sugar.

What Happens When You Burn Sugar? 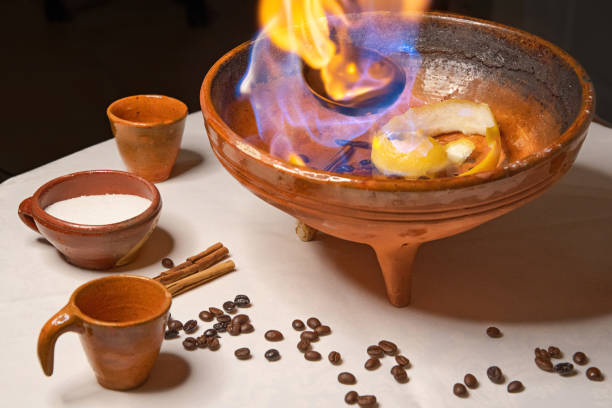 Crystalline sugar won’t burn as soon as you light it. Rather, it will slowly lose water and its molecules will stick together in chains. What you have now is caramelized sugar with a brown color.

In confectionery, experts often use this caramelized sugar or caramel to cover toffee apples. The result is what we all call Crème brûlée, and it’s quite delicious.

However, if you keep heating the caramel, it turns black and smolders for a while. On further heating to about 662⁰F, the sugar can catch fire. Once that happens, the extreme heat will force the sugar to decompose.

Since table sugar, as said earlier, is mostly sucrose, its decomposition can produce a combustible compound called hydroxymethyl furfural (HMF). This HMF will set the rest of the sugar ablaze until none remains.

Simply put, sugar becomes explosive when grounded into powder, and when there’s enough oxygen, heat, and pressure to ignite it.

But this is not applicable to sugar alone. It’s the same for all powdered solids, whether metallic dust or ordinary flour. In this article, we noted why flour is especially flammable.

According to the National Fire Protection Agency, anything below 420 microns of dust particles by size can explode under the right conditions.

In the science world, the explosions that this combustible dust cause is called Dust Explosion, and it happens often.

In sugar-dust explosions, the crystals, which are now very tiny, are often dry because they undergo an evaporation phase using a dryer. As this dry dust moves into the conveyor belt, the dust suspends in the air.

During this time, any ignition source, like an electrical spark from a pump, rubbing ball bearings, or even a switch, can cause the dust to explode. Once the explosion starts, a chain reaction may follow and blow up the entire sugar storage.

This is most especially true if the storage is boiling and when the volatile HMF forms.

According to the US Chemical Safety and Hazard Investigation Board (CSB), the United States witnessed about 281 dust explosions between 1980 and 2005. In these explosions, 119 workers died and 718 suffered severe injuries.

On February 2, 2008, another dust explosion happened at the Imperial Sugar factory at Port Wentworth, Georgia. That day, 14 died and 40 suffered injuries and third-degree burns. So, the CSB had no choice but to investigate.

According to the investigation reports, sugar dust often collects around the sugar silo. That day, February the 2nd, a conveyor beneath the sugar silos overheated.

This caused the suspended sugar dust to ignite and overheat rapidly up to 4,000⁰F. The rest was fatal history, as explained earlier.

However, this shouldn’t prevent you from baking or keeping your few bags of powdered sugar at home. No; just make sure it remains in the enclosed container and away from the fire. As long as you follow this tip, you should be safe.

Can Sugar Be Used as a Real Explosive? 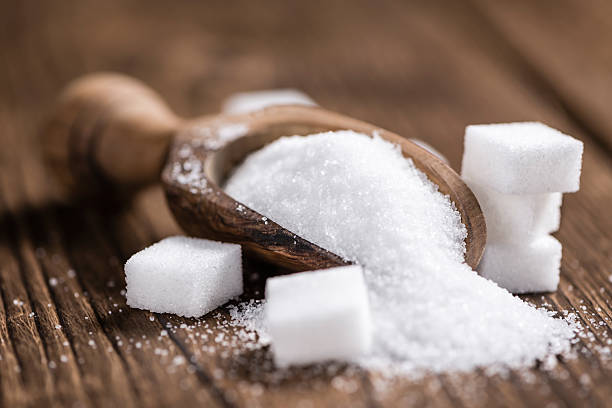 Yes, sugar can make explosives. But for safety reasons, we won’t delve much into things.

However, there’s no harm in knowing why sugar can make explosives. So, we’ll tell you that occasionally, our table sugar makes a good homemade ingredient for making firecrackers.

Besides that, amateur rocket-builders also use sugar as fuel. To make one, they often mix table sugar with a compound called potassium nitrate. Combined, they can start an engine and blow up things; kaboom!

Yes, consuming sugar can increase your core body temperature a bit. But this is not applicable to sugar only.

Any food at all can raise your core body temperature because digestion often comes with a release of energy. This energy is stored in cells as Adenosine Triphosphate (ATP) but can express itself physically as heat.

However, the heat changes would be so little that you won’t know. So… you will probably feel relatively the same when eating sugar unless you are diabetic.

In this article, we noted that our crystalline table sugar is technically not flammable. But when heated above 662⁰F, it can ignite and burn. In powdered form, sugar can explode because of its high surface area and small particle size.

Avoid those and be safe with sugar. If you want to know more about other flammable materials, these articles can help.