Water contains two of the most combustible elements within its molecules.

In some parts, it has hydrogen, which is quite explosive, and in another, it has oxygen, which is the one thing that makes fire burn naturally.

But how come water itself doesn’t catch fire or does it burn at high temperatures that most mundane people know not? Well, in this article, we’ll find out.

So, to the first part, then…

Simply put, water, especially pure water, is non-flammable because it is already a product of part chemical combustion.

For that reason, it does not have a flash point. So, no matter how high the temperature is, pure water will not burn.

However, under the right conditions, water can break down into its constituent hydrogen and oxygen.

In most cases, this happens when a direct electric current passes through water, and without proper care, sparks can result from this process.

If that should happen, the hydrogen and oxygen can re-combine on their own to form water again. In such a case, a loud explosion coupled with a pale-blue flame may result.

Will the Boiling Water or Water Vapor Catch Fire?

There’s a very low chance that pure water, whether cold or hot, can ever catch fire. In fact, water will extinguish that fire instead, especially if it’s a wood fire.

Another name for water vapor is steam. For it to form, you need to heat ordinary water to 2120F first. Earlier, we noted you need about 4,186J of heat to do that.

However, at 2120F (that is 1000C), water needs to change its state from liquid to gas (vapor) and this must happen without a corresponding rise in temperature.

This means that for water to become steam, you need extra heat to transform liquid water at 2120F to steam, also at 2120F. To do that, you need to apply about 2,260kJ of heat. This heat is what we call the latent heat of vaporization for water.

If you continue heating, the steam or water vapor will continue to absorb more heat because it has a different specific heat capacity than water.

In fact, compared to water, you need just 2,080J of heat to raise the temperature of steam, and steam can go as hot as 5720F. This can even be more than what anyone ever imagined and yet, no fire will break out.

In case you don’t know, 1 M means 1 megajoule or 1 million joules, and that’s an enormous amount of heat needed to raise just 1kg of water to 5720F. Under normal circumstances, it is incredibly rare to reach such a high temperature.

Besides that, the steam itself is an inert gas that expands on heating. So, as you heat water, the resulting steam expands to displace air and, by implication, oxygen needed for combustion. 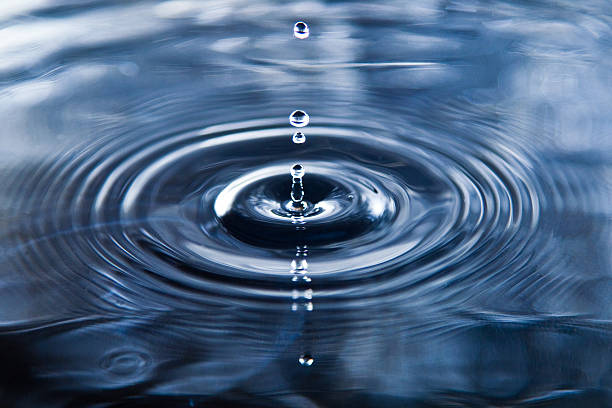 Yes, there are some substances that catch fire when they come in contact with water or humid air.

In the science world, these substances are called pyrophoric materials. A good number of them exist out there. And in most cases, they catch fire coupled with a vigorous explosion within 5 minutes of touching water.

Let’s list some of them below. But note this—you can’t assume that water is flammable just because these pyrophoric materials burn when they come in contact with water. Instead, pyrophoricity shows how reactive the substances are.

Is it possible for a fire to burn on water?

Yes, it is possible.

But for fire to burn on water, it must first be mixed with certain chemicals. It is these chemicals that cause the ignition to occur and spark up a fire.

Chemical agents like fluorine, magnesium, and potassium can cause fire to burn on water.

Note that the water itself does not burn, only the product of the chemical, which, when added, produces hydrogen and oxygen that fuels or increases the fire.

The short answer is no.

Saltwater is as non-flammable as fresh water. Be it seawater or salt water, it is not flammable and won’t catch fire.

Instead, it is said to even be more effective in putting out fires. Salt (sodium chloride) itself isn’t flammable and cannot melt unless it reaches a temperature at or above 1472 degrees Fahrenheit.

Salt water won’t catch fire and is not flammable.

What chemical, when mixed with water, creates fire?

There are certain chemicals that, when mixed with water, can cause a fire. One of these chemicals is sodium metal.

When sodium is exposed to cold water, it reacts vigorously, forming both sodium hydroxide and hydrogen, which causes fire. Another chemical that can cause fire when it mixes with water is potassium. Like sodium, potassium is flammable and can catch fire when mixed with water.

In this article, we noted that pure water (even distilled water), whether cold or hot, is not in any way flammable no matter how hot the temperature is.

In fact, some impure water, like salt or seawater and holy water, is also non-flammable.

Micellar water, which is a facial cleansing agent made with water and traces of chemicals and fragrances, is also often non-flammable. Although depending on its composition, it “may” burn for a short while when exposed to a naked flame.

That said, water indeed is a fireproof liquid. However, when around pyrophoric substances, water can also be a huge cause of fire disasters.

So, take these points home with you if you work around pyrophoric substances: